Back from the Green Gathering 2016

Well, it’s that time of year again – August. When the world seems to go crazy, when no-one seems to be at home and nothing runs because everyone’s away. I’ve never been one for sitting on a beach somewhere doing nothing, and I’ve come to love quirky, alternative and hippie-ish festivals recently. But I like to be doing something so I find myself going as a First Aid Herbalist/Emergency Responder.

When I went to the Green Gathering for the first time in 2014, I was newly qualified (in fact hadn’t received my degree even though I knew I’d passed) and wasn’t set up with all the paperwork I needed so was effectively still a student helping here and there and helping other clinicians rather than a clinician managing patients in my own right. So this gathering seemed like a lot more work, and to some degree more responsibility – even though I have worked at other events this summer including ones where I helped manage life threatening/changing illnesses.

I think my biggest thing from the weekend was being shift leader / supervisor on Saturday night. About 10 minutes before I was due to go on shift at 9 PM on Saturday (Typically a busy time for us) I’d asked Dedj (who runs the show when it comes to us herbies working at festivals) who was shift leader, and she said ‘why, you are – didn’t you know…? …No I did not know. It was news to me! But I think I made a good job of it and we didn’t have anything too serious to deal with, though we did have one case who required EMT assistance from Dave and Dedj.

In terms of the festival itself, it splits into three areas for me. Working as a herbalist and enthusing others about herbal medicine (which I do most of the time anyway), learning about and talking to others who live off grid or who practice traditional crafts and gaining or swapping ideas, and then to top it off seeing some bands.

I was particularly interested in the solar PV set up that was in use this year as different areas of the festivals and different stages were being run from different solar rigs giving real variety – and decentralisation and resilience. It was also a battery backed inverter based system rather than most domestic solar systems which are grid-tie systems.

Meeting other people who have small woodlands and are putting them to use was fascinating too! It gives me a great deal of inspiration for our own work at Cae Non.

And lastly I’d say that I’ve become fascinated with hippie busses/live in vehicles and seeing some of the lovely conversions that were at the Gathering was really interesting for me. I’ve come to realise that if I can be cosy in my tent off the back of a motorcycle and make it comfortable and nice I could have a little palace in the back of a van!

Music wise, it was alright but the music didn’t seem as good as 2014 was… the nights I was free (Thursday and Friday) seemed to have some weird groups playing. On Thursday I ended up listening to a singer of anarchist protest songs (Isn’t an anarchist just supposed to break shit?) which was kind of amusing. Then I had a bit of a bob around on Friday but the best groups sounded like they were on on the Saturday (unsurprisingly).

So, here I sit at the end of a rather hectic week… sitting on my bed at home feeling a sort of post-event dissonance. Almost like an emotional hangover of depression (but not sadness) and exhaustion. But still, it’s been a great week and I’m looking forward to my next festival at the end of August!

A Full Gallery of Photos is Below: 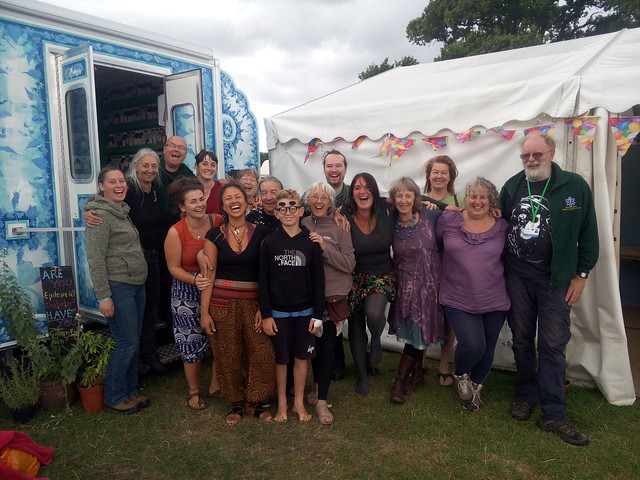 Categories: On The Road